What is the biggest challenge for parliamentary democracy in Ghana? 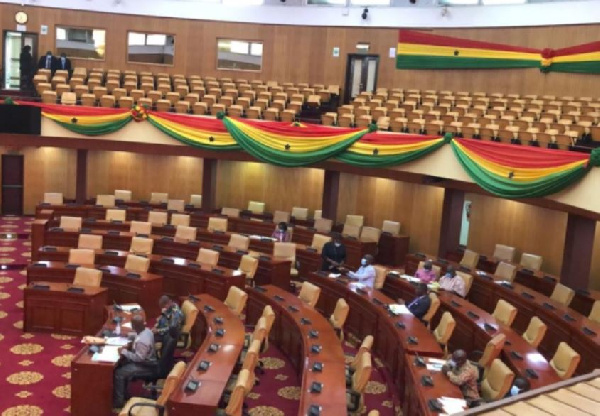 Thus, whether it is a question of following the path of the party or of the nation.

We can argue that the party is in the nation, so there is no difference; but as a political scientist, I know that a political party is only one unit of the nation.

As early as 500 BC, the “Assembly”, known today as Parliament, was introduced in ancient Greece. This “Assembly” allowed all adult men in the nation to take part in decision-making for the entire population.

It was the direct representation of the people. Over time, with increasing demographic pressures, coupled with feminist challenges and a host of issues, the People’s “Assembly” has evolved.

Today we have indirect representation, where the people give their mandate to another person to represent them in parliament.

Since we embraced full constitutional democracy in Ghana in 1992, voters have elected people they trusted in parliament to represent their interests.

A major question that has arisen since then is whether MPs serve the interests of the political party or that of the nation?

It is a fact that most MPs are elected by their people from political party lists, but once in parliament they perform various functions to promote the interests and agenda of the nation.

However, the interests of parties often come into conflict with the national interest in their functions.

In addition, decision-making on the parliamentary floor, especially debate and voting on issues, has placed MPs in very difficult positions – torn between what favors the party over those of the nation.

It is true that the above is an international phenomenon, but it is sad to note that in Ghana, since 1992, party interests have predominantly and always allegedly prevailed over national interests in these processes.

Thanks to the work of the party whips, party discipline is most of the time applied to the end, which restricts and limits Members in their broad thinking. Thus, always falling within the lines of the party. Developed countries like UK and US also have such creations, but my concern is that ours is approaching extremism.

Specifically, during the recent vote in Ghana’s parliament on the referendum for the participation of political parties in district-level elections, Mr. Ras Mubarak, MP for Kunbungu, officially declared that he opposed his decision. left. His party, before his action, had issued a single-line whip, which threatened him and his position.

As a result, he backed out and apologized to his party. It is extreme partisanship.

Likewise, I’m sure most NPP MPs may have had some trouble with their party’s “YES” vote, but they couldn’t speak.

Why do we treat our MPs this way?

It is a fact that our parliaments, since 1992, have dealt mainly and always with government business.

Elsewhere, MPs, CSOs, the media and even citizens are encouraged to introduce “private and public bills” to address key concerns of voters or minority groups.

Can the same be said of our parliamentary democracy?

Finally, our legislature is such that it is difficult to find a majority member who rises to oppose government business and bills submitted to them through the Minister of Government Affairs.

In America, we have heard lawmakers from the president’s party stand up to disagree with him and, therefore, vote against his bills boldly, caring less about what will happen to them.

Do you know that almost all government bills are passed by majority approval on their side because the ruling parties in Ghana have always won majority seats in parliament?

So I ask myself: “How is a government going to do in Ghana if it unfortunately wins minority seats in parliament?”

We pray that this does not happen, because if it does, we will truly reap the fruits of our seeds of partisanship sown in our legislature.

We can’t go on like this, something has to be done.

We need to encourage more qualified people to become independent when they run for parliamentary seats, because we can somehow trust these people, by their position, to remain nationalist in decision-making.

Moreover, this question can be dealt with completely by a constitutional creation. As a nation, we must consider a second chamber, which is by its creation neutral and non-partisan, to deal with this albatross.

Finally, CSOs, media and individuals can put pressure on individual parliamentarians to maintain their nationalist “conscience”.

CSOs and the media must step in to support MPs who are victimized or punished for violating the party’s position or positions.

Our parliamentary democracy has persisted. However, it is not immune to disaster or crisis.

Think about our future representatives.

Let us remove all the obstacles that hinder our representative democracy.