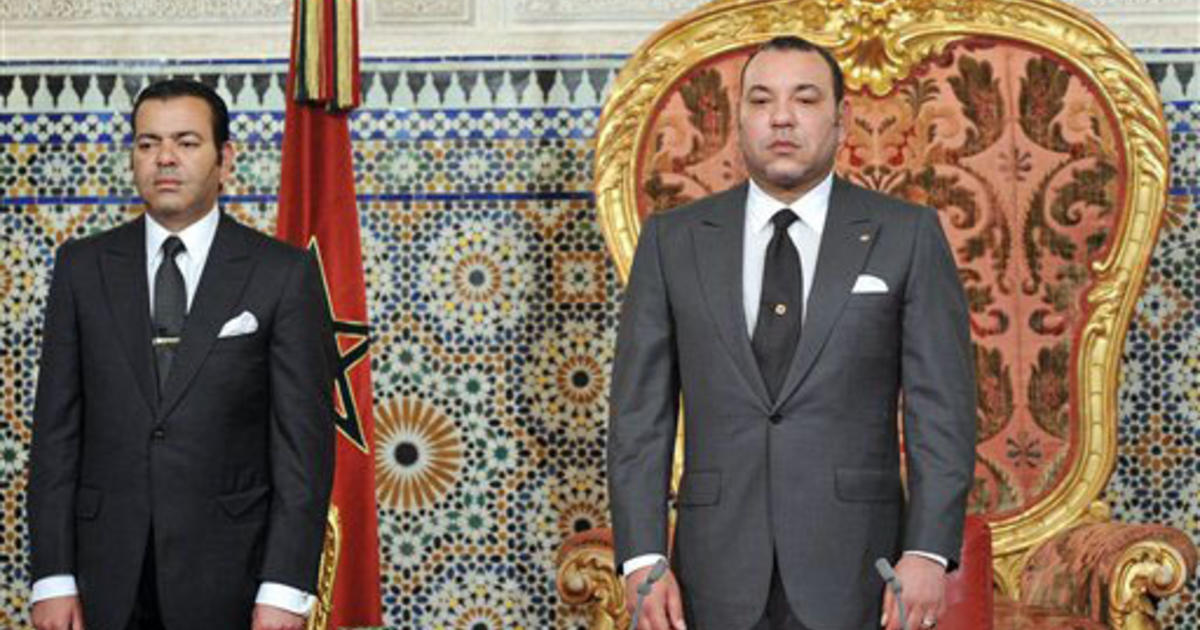 RABAT, Morocco – King Mohammed VI of Morocco announced in a speech Friday evening a series of constitutional reforms that he says will transform the North African country into a constitutional monarchy, although pro-democracy activists remain skeptical.

Under the new constitution, the king will remain the supreme commander of the army and a new article formalized him as the highest religious authority in the country. The speech marked the culmination of a three-month revision of the constitution by order of the king after protests calling for reform swept through the North African monarchy in February.

Immediately after the speech ended, cars bearing Moroccan flags drove through the streets of the capital honking their horns, and young people marched along the wide boulevards, banging drums and clapping.

Morocco has long had a parliamentary system with dozens of parties, but they remain weak and many are beholden to the king and his advisers. While the king himself remains popular, there is deep dissatisfaction with the government and advisers around the monarchy, who are said to be corrupt and rapacious.

The reform of the 15-year-old constitution represents the king’s response to the wave of pro-democracy fervor sweeping the Middle East and North Africa which has toppled governments. The new constitution will be submitted to a referendum on July 1.

New powers for the Prime Minister

The king declared that the constitutional reform “confirms the characteristics and mechanisms of the parliamentary nature of the Moroccan political system” and has laid the foundations for an “efficient and rational constitutional system, the essential elements of which are balance, independence. and the separation of powers, and whose primary goal is the freedom and dignity of citizens. ”

The new constitution elevates the prime minister to the rank of “head of government” and ensures that he is chosen from the party that received the most votes in the election, rather than simply chosen by the king.

The prime minister will also have new powers to choose and dismiss members of the Cabinet and will be able to hold a number of other government positions, although the selection of powerful regional governors remains the king’s prerogative.

The king will also continue to chair two key councils, the Council of Ministers and the Supreme Security Council, which formulate security policy. The Prime Minister can chair these councils, but only on the basis of an agenda set by the king.

Activists in the February 20 pro-democracy movement rejected many of the changes, calling them cosmetics.

The reforms also strengthen parliament, allowing it to launch inquiries into officials with the support of only one-fifth of its members or to launch a motion of no confidence against a minister with the support of a third, rather than having need the unanimous approval required by the current Constitution.

The judiciary, long criticized for its lack of independence, is reportedly headed by a supreme council made up of judges and the president of the National Human Rights Council. The Minister of Justice would not be on the board.

According to Hicham Ben Abdallah El Alaoui, cousin of the king and researcher at Stanford University, the reforms follow the same pattern as the previous ones, the king dictating the conditions to the submissive political parties.

“This scenario of a simulated discussion between the same players as always, and a happy ending seems inevitable,” he wrote in the French daily Liberation. “Constitutional amendments that are ‘good enough’ will come out and be approved by referendum and by the international community. This will give the regime some credibility for reform so that it can dismiss protesters in the streets as “undemocratic”.

He predicted, however, that the street protests would continue, despite the government’s attempts to present the February 20 movement as a cover for leftists and Islamic radicals.

Several activists who watched the speech Friday night in an apartment in downtown Rabat mocked many of the king’s proposals and then described the new constitution as being just as bad as the old one.

“He just talked about the good parts of the constitution and then ignored the more controversial ones,” said Chbihna who had seen a draft new constitution leaked, which went from 108 articles to 180. He maintained that the king still held all the reins of power.

Mbarka Bouaida, a lawmaker from Casablanca, however told The Associated Press that she sees the new constitution as an important step in opening up the political system. She cited the new document’s clear commitment to human rights, gender equality and freedom of worship as important steps.

“It depends on how we are going to apply it,” added Bouaida, a member of the National Rally of Independents, which is part of the governing coalition. “The real added value of this constitution is that we institutionalize politics.

“It elevates the constitution and allows the king to step aside so that the people and the government can rule,” said Rafai Touhami, a 60-year-old man holding a wad of newspapers in front of a cafe. “The king will always be there, however, since the political parties are not ready to rule,” he added, reflecting popular distrust of politicians in favor of the king.

Abderrahim Chaawat, 34, who watched the speech at a café in Casablanca, said the part of the speech that touched him the most were the reforms to strengthen the justice system.

“There is no justice in this country, it has to be totally changed from head to toe,” he said. “If the justice system worked here, then everything would be fine. ”

For the latest news and analysis, download the free CBS News app