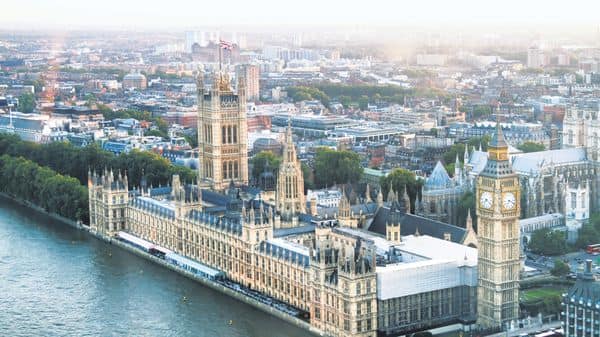 With a majority government and the ability to appoint a party whip, the Prime Minister and his cabinet can be described as constitutional oligarchs in a Westminster model of parliamentary democracy. Their power is only controlled by what is constitutionally permitted. What is more, if such a government is dominated by the prime minister and the cabinet is little more than a buffer, then this system is effectively reduced to a constitutional dictatorship, in which those whose views are heard are officials or advisers in the Prime Minister’s office, the most influential of whom whisper directly into the prince’s ear, to use a phrase from Niccolò Machiavelli.

The crucial point is therefore the constitutional framework within which a Westminster-type parliamentary system operates. In particular, many decisions taken de facto by the prime minister (head of government) and the cabinet must be ratified de jure by the Head of the Constitutional State, who is the Monarch of the United Kingdom, the Governor General of Canada and the President of India.

That this may turn out to be insufficient scrutiny is best illustrated by the recent UK prorogation crisis, in which Prime Minister Boris Johnson advised Queen Elizabeth II to ‘prorogue’ or suspend Parliament to avoid a parliamentary vote on “Brexit” which he was almost certain to lose. The Queen nodded, and it sparked the biggest constitutional crisis the UK has faced since the forced abdication of King Edward VIII in 1936. However, another British institution of recent provenance, its Supreme Court, has subsequently declared the prorogation illegal, berated the prime minister and recalled parliamentarians to Westminster, setting an important precedent.

Interestingly, the UK prorogation crisis ended very differently from a similar crisis in Canada in December 2008. Then Prime Minister Stephen Harper, whose government was in a minority position, asked prorogation to Governor General Michaëlle Jean to avoid a vote of confidence that he was sure to lose to a coalition of opposition parties. Jean acceded to the request and Parliament was prorogued until the end of January 2009. By then the opposition coalition had collapsed and Harper survived a vote of confidence. The Harper government then sought and successfully obtained permission from the Governor General to prorogue Parliament in December 2009, and this lasted until March 2010. Neither of the two prorogations was successfully challenged in Canadian courts.

The lesson is that constitutional checks on the otherwise unlimited powers of a majority government function only in the same way as the institutions that ostensibly provide those checks. In the United Kingdom, the monarch is a hereditary ruler, while in Canada the governor general is appointed by the government, as are members of its supreme court, as well as members of its upper house of parliament, making Canada , in theory, the least democratic among the large countries of the Westminster model. In contrast, India is, in theory, among the most democratic, as the members of the Indian Supreme Court are chosen by a college, the president is elected by an electoral college and the members of the upper house are elected indirectly by the state assemblies.

Commenting on the UK prorogation crisis and its eventual resolution, the Financial Time wrote on September 24 in an unsigned leader: “The British system cannot allow a cabal around the Prime Minister to determine for itself the ‘will of the people’ and attempt to implement it, while ruling out those whom the people have elected to represent them. This is the path of tyranny. “

These words are relevant. We could reflect on what they mean for the particular form of Westminster democracy in India. Indira Gandhi’s state of emergency (1975-77) was, on paper, constitutional, so declared by an elongated Supreme Court and President, and it ended not because it was declared unconstitutional, nor because of popular protests, but because Gandhi herself decided to end it and run for Indian voters, and for reasons that are not fully understood, as there was little or no external pressure on it to do it.

There is a more important point here. Authoritarianism can flourish under the cloak of democracy, ironically, more easily than it does in broad daylight. In Canada and the UK prorogation has elicited little or no public protest, and in only one case (UK), as we have seen, was it constitutionally overturned. In the case of the Emergency in India, as the reports at the time suggest, the general reaction was more resignation than protest. Indeed, the truth is that aside from a few of its most vocal critics, most Indians have come to accept the reality of the Emergency as a “new normal” within months. As previously stated, the decision to end it rests with Indira Gandhi.

Democracy is much more fragile than is generally believed. Indeed, the putative democratic legitimacy of so-called authoritarian rulers may prove to be more damaging to democracy in the long run than any overtly authoritarian tendency. One wonders how Churchill, who advocated democracy for the British but thought the Indians were not suited to it, could have reacted.

Vivek Dehejia is a columnist for La Monnaie

* Thank you for subscribing to our newsletter.