Protests against the law: what is the future of parliamentary democracy in India? 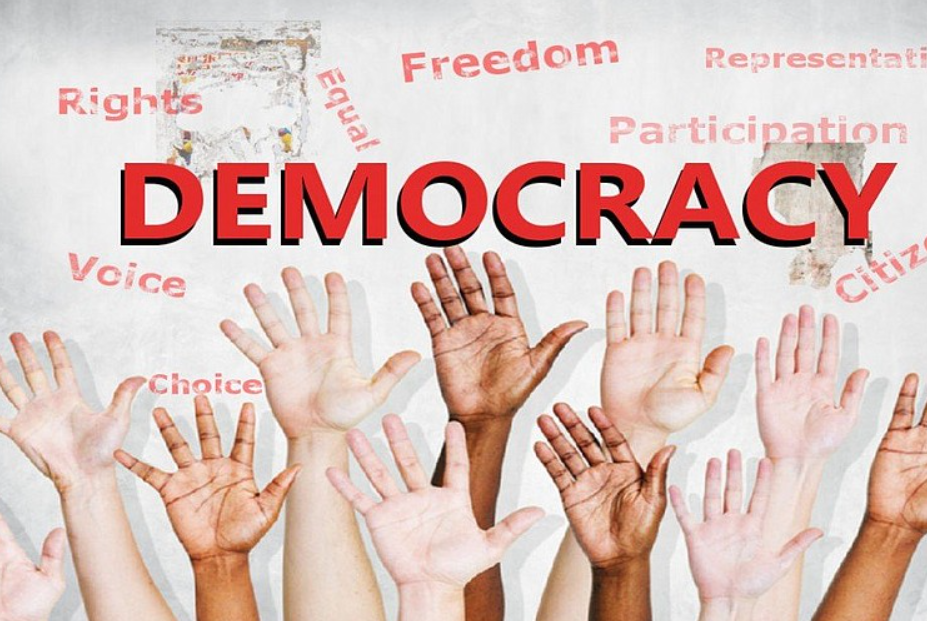 Justice is usually represented visually by a lady with covered eyes weighing in with a scale. This image appeared before my eyes when a petition allegedly argued before the Supreme Court that the right to protest should be balanced against the public right (to use a road). Apparently agree, the Chief Justice of India mentioned, among other things, that previous Supreme Court rulings have also ruled that the right to protest cannot be absolute and universal.

With all due respect, I suggest that we go a little further. The right to protest does not appear to be an ordinary right which can be easily overruled by ordinary laws and rules. It is part of the fundamental right of the people to freedom of expression in a democracy. Something so important must be called upon to tip the scales against him.

Freedom of movement is of course important, but it is often restricted locally for a variety of reasons such as repairing roads, building overflights and bypasses, for law enforcement purposes, and sometimes, for something. ‘as common as the VIP movement. In Assam, people are now upset that the erection of toll barriers every fifty miles or so on four-lane highways has made them feel that the roads are no longer intended for the free passage of ordinary citizens.

The blocking of the road in Jaffrabad in Delhi by anti-Citizenship Amendment Act protesters had been a bit rushed. However, officials had the excuse that the relentless but stubborn peaceful protests in Shaheen Bagh had been ignored by the central government, even though the protesters had a demand of vital constitutional significance. In addition, numerous press reports indicated that there was another road nearby which allowed traffic just as well and offered an alternative route costing a little more.

The courts are right to denounce such violations of the law, but perhaps not to downplay the underlying grievances of the protesters.

Besides, what are the protests for?

Some idolaters of “democracy” seem to think that if the government or any authority imposes laws that are seriously damaging to the public, there is nothing wrong with the injured party shouting for joy and then resuming their activities as d. habit after expressing his injury. It seems a singularly strange idea of ​​the right to protest. However, the purpose of the protests is not to test his lungs but to demand justice from the authorities.

What if the authorities remained indifferent? Gandhiji had borrowed the idea of ​​”civil disobedience” from Thoreau. If a high and powerful state violates the rights of a citizen, the latter can, as a last resort, resort to civil disobedience to challenge the state peacefully at the instigation of his conscience. Gandhiji had put it into practice against South Africa’s stifling legal regime at the turn of the 20th century, and with modest but nonetheless substantial results. His historic salt march had been another milestone in the history of civil disobedience. Protesters against the CAA may have come to believe that the government was determined to ignore their real and just grievance. They had held up copies of the Constitution – something the Delhi police report on the incident ignores. So Jaffrabad could have been a small experience of civil disobedience.

Currently, in the raging public debates on some important issues, semantics seem to be in a thick fog. The “flexibility of labor law” seems to allude to the idea of ​​the law itself as eminently flexible. The law does not seem to need a universal rational justification, but turns out to be what the legislature chooses to call the law. After all, we are living in the aftermath of the great post-modernist upheaval that has made truth itself a pipe dream.

Recently, there has been a burning sensation in Parliament that despite and contrary to the rules, Parliament has been reduced to a rubber stamp, and that justified protests from some opposition lawmakers have been quelled. Their grievance is not so much that they were excluded from the House, but that their voices as representatives of the people were silenced. What does their outcry suggest? The Minister of Justice, whose body language has changed from that of a sensitive and human person during his time in opposition to that of a bad-tempered martinet, is said to have condemned the disturbances in the affairs of the House as crying shame.

For perspective, we can look back to the recent past. Up to 68% of Parliament’s working hours had been lost due to similar disruptions during the UPA-III government. A detailed report of the online magazine “print.in” for this period (2012-13) is available on the Internet. Led by pillars such as the late Arun Jaitley and other BJP star performers in Parliament, the disruption was declared by a chorus of voices of disruptors at the time as fully justified and in order as the government failed to keep account of their just demands.

So how are we to understand and interpret somersaults now? Are these post-modernist post-truth exercises? An error in the scales? Ordinary citizens are clueless.

Cooptation or opposition: the case of Assam

The way things are moving is filled with worry. It seems that certain forces are twisting the neck of parliamentary democracy without remorse, and that the poor creature is drumming the ground with its last breaths.

There is an unspoken assumption that there was somehow a decline in democracy leading to its extinction and the best way to counter that is to simply record your protest. Of course, the protest must be strong and clear. We don’t want to minimize the protest. But the crying need of the hour is unity and solidarity on minimum common ground for the desperate struggle to come and not to look for points of advantage before the general elections of 2024.

Frankly, a lot of things not only can but will happen before 2024. To foresee them, it is necessary to understand clearly and without illusion that an enemy is working according to a plan with a resolute will. The enemy also changes their plan as they advance in response to changing situations. There is an exceptional cunning and cover-up which takes advantage of the illusions of the Opposition to destroy the remnants of parliamentary democracy. Failure to admit it for what it really is will cost the dispersed opposition dearly.

For example, look at current events in Assam. National media reported that two apolitical organizations – the Assam Students Union (AASU) and Asom Jatiyatabadi Yuva Chatra Parishad (AJYCP) – have come together to launch a new political party bearing the banner of regionalism. to replace the dying Assam Gana Parishad (AGP) who has lost the confidence of the population. There is already a loose regional formation led by MP Ajit Bhuyan, and another regional party formation initiative by Krishak Mukti Sangram Samiti led by Akhil Gogoi. These two neighborhoods appealed to AASU and AJYCP to unite with them to form a strong united regional party. But the response from them was both cold and low-key, hinting at a refusal.

The popular media are teeming with both speculation and exaggerated hopes that there will be a strong regional party to resist the onslaught of all national parties because they have been complicit in the oppression and exploitation of the national parties. regional communities. This ignores the harsh reality that according to the 2011 census, the Assamese, although the largest community, make up only 39% of the population today, up from 57% in 1951. The largest tribes have so far been in the saffron camp as their main political goal is to safeguard tribal interests, and they don’t realize that they will be abandoned once the BJP makes substantial inroads into their voting pockets. Thus, there are all possibilities for anti-BJP votes in the next elections. This is why, instead of taking regional passion head-on, the saffron party seems to have turned to the most patient but effective method to warm up regional rhetoric.

The AASU and the AJYCP have not directly launched a regional political party. They made the seemingly selfless decision to form an advisory committee to suggest the best way to prepare a brand new “unpolluted” regional party. Oddly enough, the advisory board of “Eminent and Respectable” people included people who had openly and strongly supported the CAA, which both organizations opposed tooth and nail! In addition, this advisory committee included people with strong pro-RSS leanings. Apart from many young skeptics, the local press and some major non-partisan supporters of regionalism have expressed no doubts about the outcome.

So there is enough room to cast doubt on whether the whole exercise in the name of regionalism is actually a clever ploy by the Saffron forces to divide and confuse the opposition vote at a time when they arouse enormous public outrage. with a series of scams and open-ended attempts to bribe voters in the form of public benefit plans.