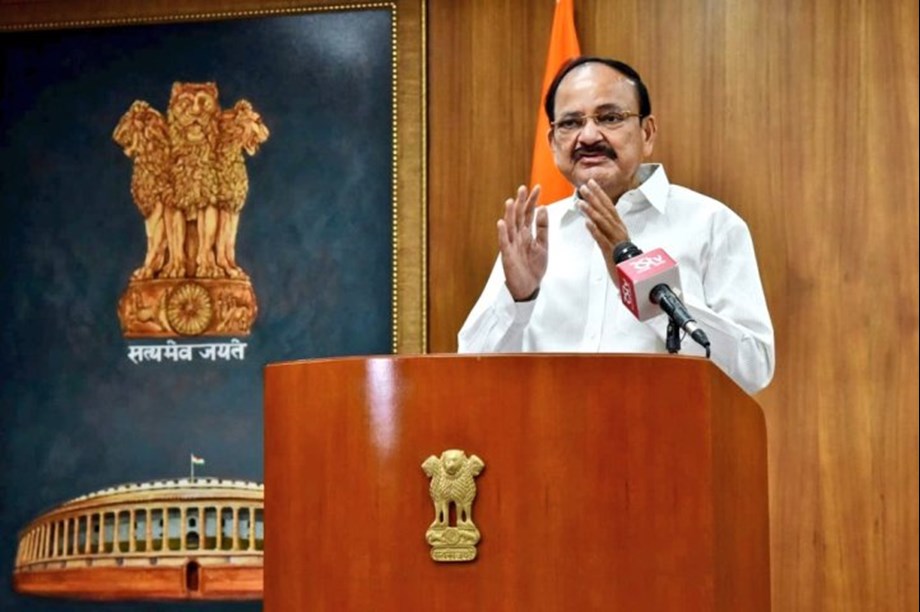 Expressing his concern at the growing disruption of legislatures and the declining quality of the country’s parliamentary democracy, India’s Vice President and Chairman of Rajya Sabha Shri Mr. Venkaiah Naidu today called on a popular movement to influence the conduct of 5,000 deputies, deputies and MLC in legislative bodies to make a difference with the present. Calling it “Mission 5000”, Shri Naidu said such a campaign is necessary to prevent parliamentary democracy from losing its luster and appeal.

Shri Naidu spoke at length about the consequences of legislative disruptions and dysfunctions during the first “Pranab Mukherjee Memorial Lecture” on the theme “Constitutionalism; Guarantor of Democracy and Inclusive Growth ”organized by the“ Pranab Mukherjee Legacy Foundation ”by videoconference, on the occasion of the first anniversary of the death of the former President of India.

Referring to the late Shri Pranab Mukherjee’s more than 50 years of active public life and his contributions in various capacities, most notably as Union Minister for 21 years and his meteoric rise from Upper Division Clerk to President of the India, Shri Naidu described the late leader as “the envy of any aspiring politician but the pride of the nation”.

Elaborating on the concept of “constitutionalism”, Shri Naidu said that he emerged as a result of centuries of monarchy and aristocracy with the concomitant erosion of the basic rights of the people and seeks to ensure governance based on a set of laws which derive from the provisions and the spirit of the Constitutions, thus preventing arbitrariness and rule by the will and discretion of governments.

Describing the Constitution of India as a profound declaration of socio-economic objectives to be achieved by pursuing the path of participatory democracy, the Vice-President stressed that “it is necessary to give a voice to every citizen in a governance which is democracy and ensuring the benefits of development for all, which is inclusive growth. Only a strict adherence to constitutionalism can guarantee true democracy and inclusive growth ”.

Shri Naidu noted that demonstrations on the floor of legislative chambers are acceptable as long as they do not undermine the dignity and decorum of the chamber. He said; “Protesting against government omissions and commissions on the floor of legislatures is the right of legislators. But the emotional underpinnings of such protests should not go beyond the limits of decency and decorum that should characterize parliamentary democracy. advocated that “Let the government move, the opposition oppose and the House dispose”.

Stating that constitutionalism checks the arbitrariness of governments by ensuring wider consultations with stakeholders, Shri Naidu observed that “dysfunctional legislatures prevent the much-desired wider consultations before making laws and formulating policies. Such disturbances nullify the principle of responsibility of the executive towards the legislatures, thus favoring the tendency to arbitrariness, which constitutionalism seeks to put down ”.

Lamenting that ” disrupted and dysfunctional legislatures can disrupt the lives of people and the dreams of our nation, ” Shri Naidu described the outlines of the ‘Mission 5000’ aimed at changing the behavior of the 5000 legislators who are elected from time to time. other time. As part of this mission, Shri Naidu urged Awakened Citizens to identify disruptors and interview them during their visits to their respective constituencies / areas; launch Mission 5000 social media handles and post names of disruptors and comments; hold meetings to discuss the functioning of legislatures and their members; write letters to daily newspapers expressing concerns about the conduct of these disruptors; send messages of concern directly to these lawmakers and, more importantly, take into consideration parliamentary performance and the conduct of elected representatives when voting in the next election.

During the country’s 75th year of independence, Shri Naidu urged all MPs, MPs and MLC across the country to resolve not to disrupt the Chambers during this year. He further said; “Afterwards, I can assure them that it would become a ‘habit’ to have smelled the scent of constructive conduct in legislatures and the appreciation it would obtain from the media and the people in general.”

Speaking on the country’s agenda for the next 25 years, Shri Naidu said inclusive development strategies and policies should be ensured to eliminate the remnants of poverty, illiteracy, discrimination based on gender and inequalities. He further hoped the country would have a prime minister from weaker sections in addition to half a dozen female chief ministers.

Shri Venkaiah Naidu further stressed the need to ensure that agriculture turns out to be a profitable business and that farmers are freed from all kinds of exploitation. He also called for a major shift in the labor force from agriculture by doubling the share of manufacturing in GDP when Free India turns 100, in addition to the country emerging as the preferred destination for investment and immigrants. Shri Naidu also mentioned that India secured its place on the United Nations Security Council during this period.

Describing the late Shri Pranab Mukherjee as blessed with a sharp wit and phenomenal memory and consensus builder having chaired 95 groups of ministers on various contentious issues, Shri Naidu said the former president would have supported the recent cancellation of retrospective taxation, which was introduced by him as Minister of Finance.

Shri Shekhar Dutt, former Governor of Chhattisgarh, Ms. Sharmistha Mukherjee, daughter of former President of India, Shri Pranab Mukherjee and others were present at the event.

(With inputs from GDP)