KATMANDU: A mass demonstration took place in the capital on Saturday to demand the restoration of the monarchy in Nepal.

Hundreds of pro-monarchy protesters gathered in Maitighar and walked past Babar Mahal and Bijulibazar before converging on a corner meeting in New Baneshwar where the Federal Parliament building is located. 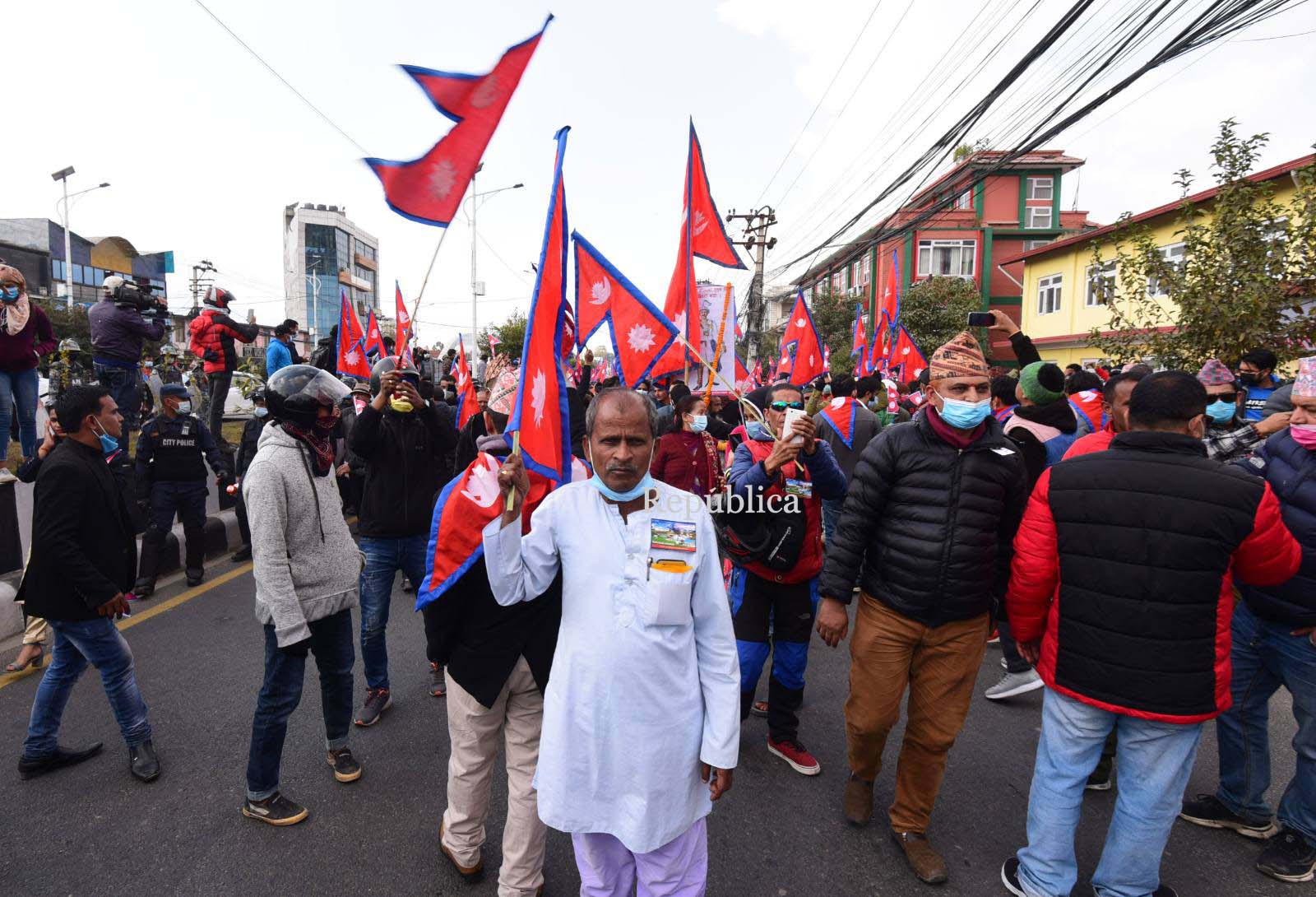 They chanted loud slogans in favor of the Hindu monarchy and demanded the reestablishment of the constitutional monarchy in the country for “the national unity of the country and the well-being of the people”.

The protesters carried national flags and placards of Prithvi Narayan Shah, the founding father of modern Nepal. The mass protest was organized by the Rashtriya Nagarik Andolan Samiti 2077 (National Committee of Civic Movement 2020).

Protesters also chanted slogans against the Federal Democratic Republic system that Nepal adopted in 2008 after the abolition of the 240-year-old monarchy. Some protesters have also called for Nepal to be declared a Hindu state again.

A similar demonstration took place in Kathmandu a week ago as pro-monarchy protests took place in several major cities including Pokhara and Butwal in favor of the reestablishment of the monarchy, which was abolished on May 28, 2008 by the 1st Constituent Assembly after the successful popular uprising in 2007.

It is probably the largest pro-monarchy protest in the country after the promulgation of the first post-war constitution in 2015.