Constitutional monarchy: true liberals should love the royal family too | The independent 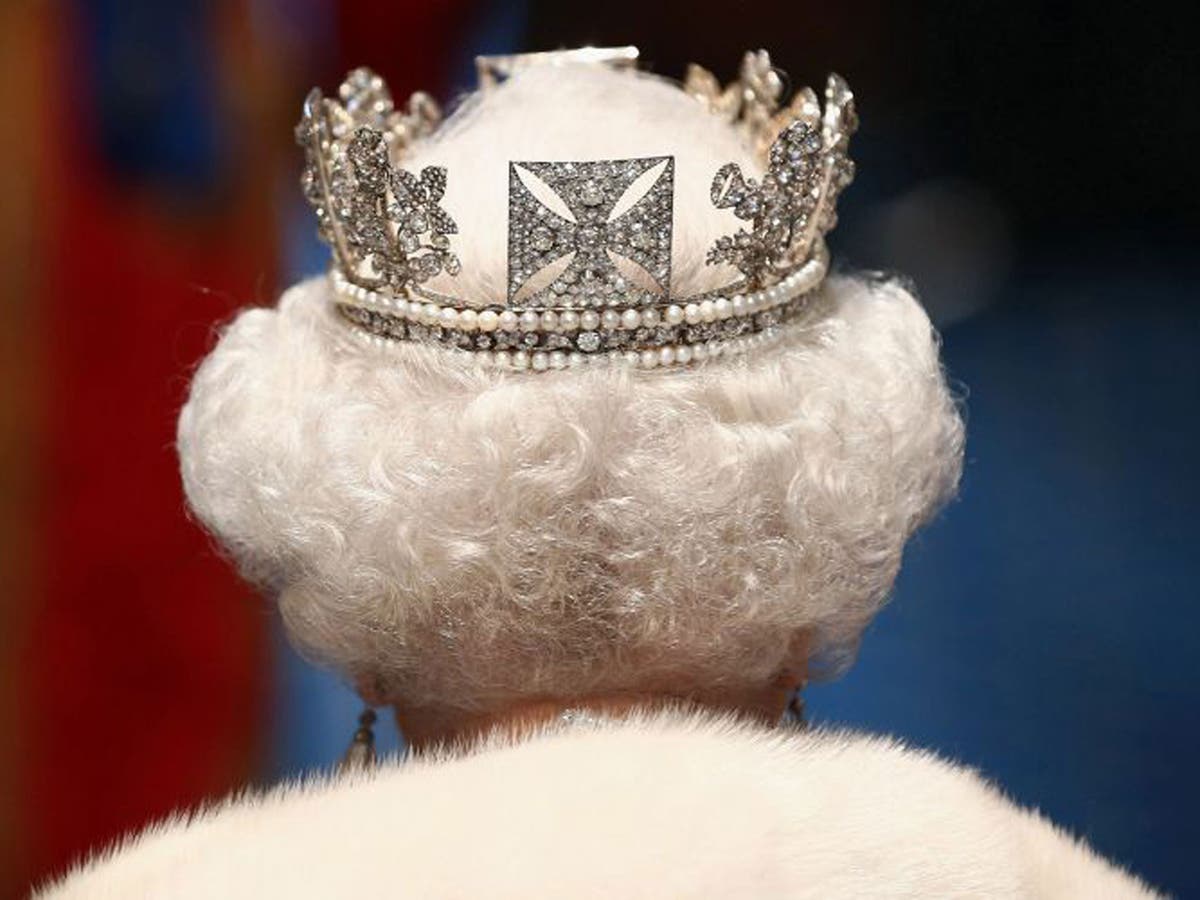 October 1964. Tony Benn, along with other ministers in Harold Wilson’s newly elected Labor government, goes to the Palace to kiss after being appointed to the Privy Council.

Subsequently, he writes in his diary: “We then approached the queen one after the other, on our knees and taking her hand and kissing her, then greeting us. I made the most miniature bow ever … I left the palace boiling with indignation and feeling that it was an attempt to impose tribal magic and personal loyalty on people whose true duty was only to their constituents.

This, in passionate terms, is the leftist view of the monarchy: it is bad because it is old, it has no serious political function, and it involves believing, or claiming, that a person is innate superior to another one.

On the other side, there is the equally familiar conservative argument for the monarchy, which is about continuity. The birth of Prince George was a small step for me and, I guess, for a number of people my age. He is the first future monarch that I know for sure that I will not live to see the throne. It was an oddly heartwarming thought. The monarchy spans a thousand years in the past and will continue into the indefinite future after my death, symbolizing the nation and humanizing the state. I guess some people find this an overwhelming idea; for me, it’s reassuring.

But I am happy to say that such atavistic reasons for being happy as a subject of the Queen are reinforced by a perfectly respectable liberal argument for constitutional monarchy. If you want to understand it, watch Triumph of the Will. Leni Riefenstahl’s superb documentary film about the 1934 Nuremberg Rally is almost enough to make you a Nazi. The arrival of the Führer by the air, like a god descending from Valhalla, the marching columns, the torchlight processions, the impassioned speeches, the austere ceremonies of sacrifice and dedication. A whole nation marching towards its destiny, behind its beloved and almighty leader. Exhilarating and dangerous stuff. But in the end, there’s something vulgar about all of this that turns your stomach upside down – before you even remember what it led to.

Compare that with the supreme ritual of the British constitutional monarchy, the opening of Parliament by the state. The Queen arrives at the Palace of Westminster escorted by naked sword cavalry – the coercive power of the state at her command. She sends the gentleman usher of the black rod to summon the representatives of the people in her presence. But what is it ? The doors of the House of Commons are slammed in his face and he has to knock to be admitted. As Charles I discovered when he tried to arrest the five deputies, the arbitrary power of the state cannot compel the elected representatives of the nation.

Nevertheless, the deputies obey the royal summons. Led by their Speaker, they proceed to the House of Lords, where they stand at the Bar of the House in their ordinary working clothes, while the Queen, wearing her crown, and surrounded by a sparkling ensemble of peers, of judges and bishops in robe (once again the power of the state at its disposal), intones a speech outlining the policy of “my government”. The speech, of course, was written for her by the same drab, clothed government ministers who stand before her at the back of the room.

So we, the nation, reserve our cheers of “Sieg heil!” – as they are – for a person who has no power, while reserving the right to be as rude as one likes about those who actually run the country and wield state power. It is a way of preserving your freedom. It is not the only possible route, but it is the British route, and it has served us well. Think deeply and often before you throw it away.

Republicans deride the openness of statehood like a silly Ruritanian pantomime. It is certainly a play; and, for liberal monarchists, that’s the whole problem. The value of constitutional monarchy lies in the separation of the theater of power from the reality of power. It’s both dignified and wacky, impressive and touching. Suspend disbelief, and you will find the magic to work. Most of what the Queen does is indeed magic, or some kind of cozy patriotic spectacle – visiting this, opening that, attending garden parties, delivering a televised message to the Commonwealth on Christmas. You may like or dislike this performance, but it’s hard to criticize for the sake of principle.

In the 1860s Walter Bagehot, the great liberal journalist, classified the monarchy as one of the “worthy” parts of the constitution, whose function was to appear impressive, as opposed to “effective” parts, such as the House. of the communes, who did the actual work. The constitutional functions that the Queen must exercise are few: issuing writs for the election of a new parliament, presiding over the official inauguration, receiving foreign ambassadors and appointing the prime minister; that roughly covers it.

The Queen also has a weekly meeting with the Prime Minister, during which she presumably exercises her constitutional rights “to be informed, to encourage and to warn” (Bagehot again) but no one knows what they are talking about. .

The Queen’s formal assent to parliamentary bills is passed in the House of Lords, but the last time Royal Assent was denied was in the 18th century, so Royal Assent can be overruled as a mere ritual.

The appointment of the Prime Minister is, of course, the most important of these functions, and it arouses deep mistrust among some Republicans, but it is invariably a formality. The results of general elections are generally clear; leaving only one person who can have a majority in the Commons. Even on one occasion when this was not the case, in the negotiations that culminated in the current coalition government, politicians were determined to resolve the matter among themselves and to keep the Crown out of the politics of the gone.

It is possible to construct a scenario in which this process could collapse. The Prime Minister’s party is the largest in the new chamber, but the third party holds the balance of power. Coalition negotiations between the prime minister and the third party fail, and the third party strikes a deal with the second-largest party, which was in opposition before the election. The Prime Minister goes to the Palace and calls for the dissolution of Parliament and new elections. Does the monarch accept, as is the invariable rule, the ministerial opinion, even when it comes down to overturning, in favor of the party, the verdict of the ballot box? Or should the monarch refuse, sack the prime minister and ask the opposition leader to form an administration? Well who knows? But such a collapse of parliamentary government, causing the temporary return of real power to the Crown, is deeply improbable. It would be good to be able to argue that in the event of a fundamental threat to freedom, such as a military or political coup d’état, the monarch would act, if necessary, without the advice of the ministers, either to order the return of troops to barracks or dissolve Parliament and call general elections. In such circumstances, a monarch who stands above politics and commands the allegiance of the armed forces is certainly a potential guarantee, but not necessarily a reliable one. The score in Europe since World War II is 1-1. Juan Carlos of Spain suppressed a coup: Constantine of Greece followed him.

Whether Republican presidents did better or worse is up to everyone to guess, but here’s the right thing: Constantine, who made democracy fail, lost his throne in the end, while Juan Carlos, who saved, still occupies his. This record, hopefully, could strengthen the backbone of our own royal family, should the pressure ever arise. God forbid, though in a country where elected politicians are as vilified and soldiers as revered as they are today in Britain, you cannot remove a hint of doubt about the safety of the foundations. of freedom.

Basically, your attitude towards the monarchy is a matter of temperament. Some are indignant at the idea of ​​greeting or curtsying to someone who has not “deserved” it. I would rather owe allegiance to a person theoretically placed in authority over me by God – the dignity of no mortal can be compromised by submitting to the will of God – and then be left to myself by the state, rather than being chained to the amorphous mass of citizens of a republic. I’ve always hated crowds – as much as I’ve loved the theater of power, when it’s sober, grand, and slightly absurd.

A colleague pointed out to me the other day that the official opening of Parliament is not for him, but every time a US president is inaugurated his heart fills with admiration for this ceremony in honor of the office. and of the man placed there by the will of the people.

Well, I submit that for true liberals, who care above all about the freedom of the individual citizen, the “will of the people” is a will of the wisp, frequently invoked by crooks and tyrants. We do not like the triumphs of the will, even that of the people. The main value of democracy is not to “get things done” – this is the socialist way – but to prevent abuse of power by those in charge. And the main value of monarchs is that they are not there by their own will or that of someone else, but by pure chance. The important thing is not to confuse the person and the office; the queen is not a god nor does she “deserve” the privileges of her office. But this desk is old, colorful, and modestly useful, and we’d be crazy to get rid of it.