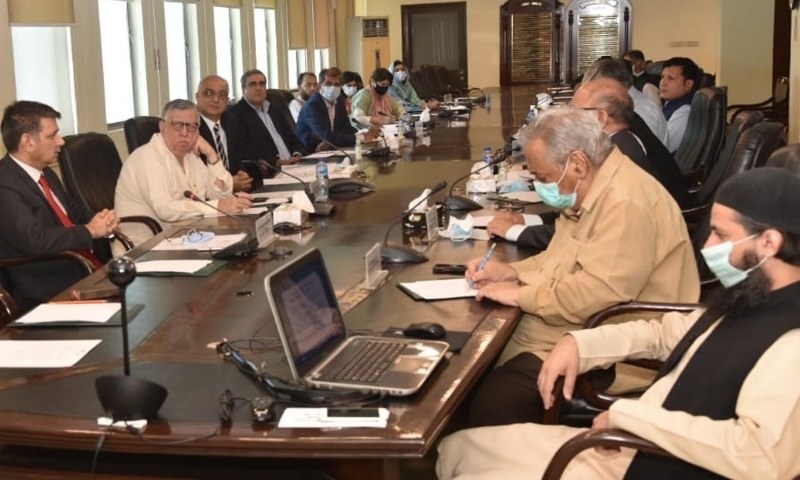 ISLAMABAD: The federal government and provinces have agreed to implement the long-awaited single portal for filing sales tax returns to reduce compliance costs for taxpayers.

The deal was reached on Thursday at the second meeting of the National Tax Council (CNT) chaired by Finance Minister Shaukat Tarin at the Finance Division. The NTC has considered various proposals for filing sales tax returns.

The portal is under development and is expected to launch by the first week of October 2021, according to an official announcement. This is one of the major decisions in the context of harmonization involving an agreement between the federal government and the provinces to apply the same definitions, principles and rates for the general sales tax (GST) on goods and services. .

The launch of a single portal will reduce compliance costs for taxpayers and help increase Pakistan’s rating on the Ease of Making Index.

The portal is expected to launch early next month

It was decided that detailed comments will be sought from provincial tax authorities for the development of a single sales tax portal acceptable to all. Likewise, the Federal Board of Revenue (FBR) would also develop a standard format for reporting income, in consultation with provincial governments.

RBF President Ashfaq Ahmad gave a detailed presentation and outlined areas for further deliberation to collaboratively work out an arrangement regarding the harmonization of the GST between the federal government and the provinces.

The RBF and provincial finance ministers set out their respective positions on the taxation of transportation, restaurants, toll manufacturing and construction.

After due deliberation with all relevant stakeholders, the NTC decided that the sales tax on contract manufacturing would belong to the federation, while the tax rights on transport companies would devolve to the provinces.

Regarding taxation on construction activity, it was decided that the right to tax would be shared according to the constitutional provisions, and a technical committee composed of all the tax authorities would decide on the operational modalities in this regard.

Regarding the taxation of restaurants, the Minister of Finance Tarin, in his capacity as head of the NTC and after hearing the FBR and the provinces, decided that the provinces would continue to tax restaurants. However, a referral drafted in consultation with the provinces will be sent to the legal division for advice on the decision.

The Federal Finance Secretary and the Chairman of the RBF as well as other senior officials also attended the meeting.

All stakeholders agreed to move forward in the spirit of greater national interest and greater harmony under the aegis of the CNT.

The World Bank is pushing Pakistan to further harmonize the general sales tax on services and goods between federated units, saying this will help tap 87% of potential revenue that remains largely unrecognized.

The bank is also proposing that the provinces agree on a single law, supply side rules and a tax rate. The idea is to apply the same definitions, principles and rates for the GST on goods and services, with the end result of relaxing compliance.