Can a constitutional monarchy save Libya from chaos? 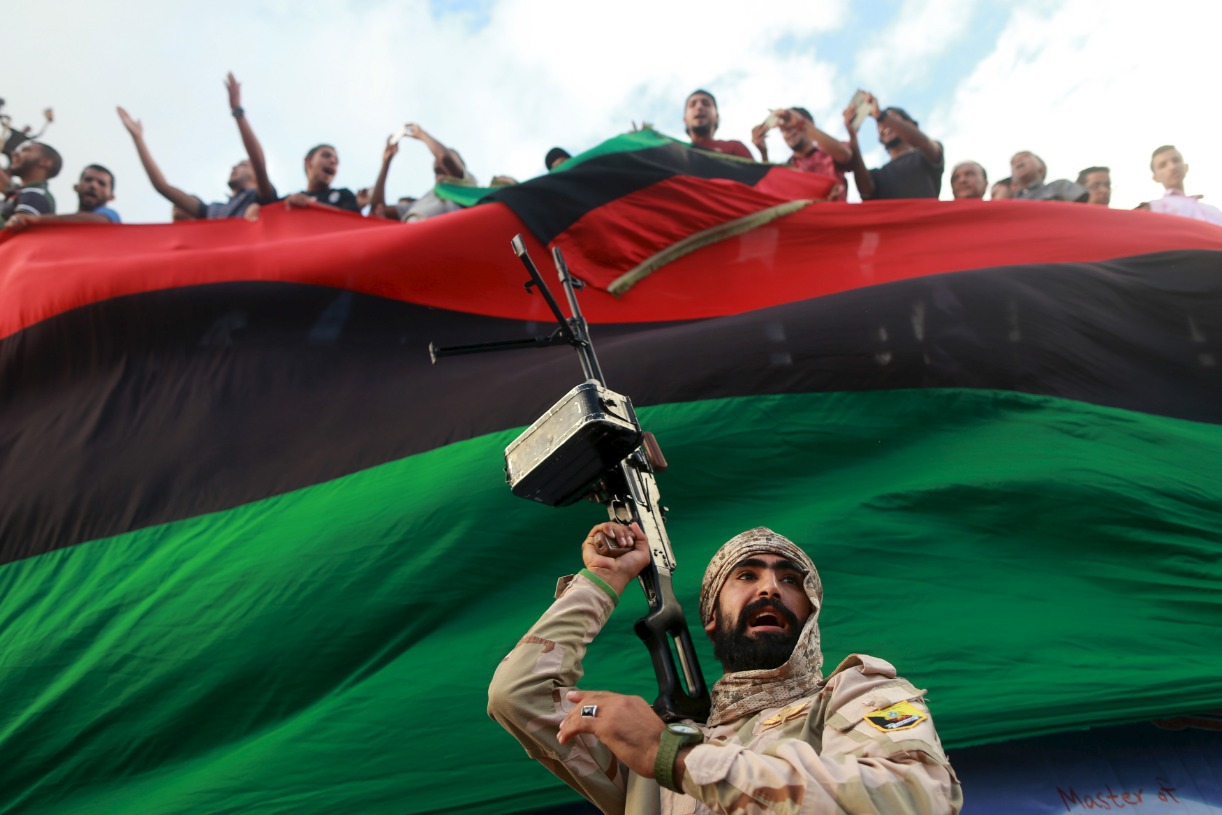 The Libyan constitution of 1951 offered vast political and social freedoms to its people, and parts of it were reportedly not moved to Western Europe. Article 11 guarantees the rule of law, article 21 freedom of conscience and article 23 freedom of the press. The parliamentary system was based on universal adult suffrage at a time when Switzerland, that liberal beacon in the heart of Europe, did not allow women to vote in federal elections.

Unfortunately, it was replaced by Colonel Muammar Gaddafi’s eighty-two-page “Green Book”, the first volume of which was published in 1975. Far from solving human problems, as Gaddafi claimed. one day that his scribe had done it, he came to mark a cult of personality so prejudicial to rights and freedoms in Libya. Tellingly, Bolivian President Evo Morales proclaimed his enthusiasm for the “thought” contained within. The students were subjected to countless hours of lectures on his theories.

Not surprisingly, when the 2011 uprising against Gaddafi began, one of the first buildings to be attacked in Benghazi was the Green Book Recitation and Study Center. Burned copies littered the streets. Just eight months later, Libyans lined up to view his body.

A decade of discord

Since the upheavals of 2011, Libya has been torn by internal strife, perhaps unsurprisingly in a society divided into 140 main tribes and a plethora of sub-tribes. The country has had several governments euphemistically labeled “oneness” since 2011. The current two governments, the United Nations-backed government of national unity (GNA), or what is known as the unity government National Council (GNU), is based in Tripoli, and the House of Representatives (HoR), the eastern parliament of Libya, seem hopelessly irreconcilable. In the east of the country, where much of the country’s oil is found, 78-year-old renegade Khalifa Haftar and his so-called Libyan National Army (LNA) still reign supreme.

With national elections scheduled for December 24, the political situation remains fragile. Before that, the GNU and the outgoing three-member presidential council will have to dissolve peacefully, a tall order in a country as militarized and awash in weapons as Libya is today. Last month, gunmen stormed a hotel in Tripoli used as the seat of the presidential council; although no one was injured, the incident partly demonstrates the volatility of the situation.

As in nature, after all, politics abhors a vacuum.

Libya is today one of the most corrupt countries in the world (above some of the worst failed states in the world including Yemen, Syria and Venezuela), one of the worst for doing business ( perhaps one of Libya’s most pressing concerns), and, unsurprisingly, one of the least free (ranking worse than Yemen on the latest Freedom House index). Since 2011, it has steadily increased in the Fragile States Index.

What Libya – and Libyans – clearly need is something or someone – a leader, a government, Something— Around what to rally around.

The constitution of 1951 is just that.

While Gaddafi claimed that Libya was a homogeneous Arab-Muslim state, ignoring important ethnic, linguistic and religious differences to the detriment of all, the 1951 constitution and the system of government it envisioned – a hereditary monarchy with a representative government – enjoyed wide support, and continues to do so to this day.

Technocracy – as envisioned in the 1951 constitution – is an oft-maligned form of government, but it certainly has its place, especially in times of crisis. Evidenced by the appointment of Mario Draghi as Italian Prime Minister in February, for example, which was crucial in stabilizing a political system on the brink of collapse.

This is evidenced by the nominal support for the restoration of the 1951 constitution and monarchy among a large mix of Libyans. It is encouraging to note that those who campaign for the “return of constitutional legitimacy” are genuine popular movements. Tribal leaders and politicians are also receptive to the idea of ​​re-establishing a constitutional monarchy. Mohamed Abdelaziz, Minister of Foreign Affairs from 2013 to 2014, called for the reign of a symbolic monarch – as in Belgium, Great Britain and Spain – by vowing to “take it upon himself” to put pressure for the return of the monarchy. Far from being, as some have argued, an unsustainable political option, Abdelaziz was right to assert that the return of the monarchy is the best solution for restoring security and stability in his country.

The monarchy acted as a symbol of unity, reinforced by the popularity of King Idris and the Senussi family. He could do it again today. William H. Lewis, an expert on the region, argued that the political primacy of “Idris” was inevitable due to his acceptability among most Libyan political factions and competing groups as a compromise candidate, a figure policy without particular axes to grind.

Idris died in 1983; her nephew and crown prince, Hasan as-Senussi, died of a heart attack nine years later in London at the age of sixty-five. Before his death, Hassan appointed Mohammed, his second son, as head of the Royal House of Libya. He is considered by the Libyan royalists as the legitimate heir. In 2011, he appeared in the European Parliament and expressed his preference for the restoration of the 1951 constitution. This would be the best option for Libya.

Exiled since 1988, Mohammed, like Idris, would not have any particular concerns to settle. The same cannot be said of much in Libya. He would remain above the fray of venal and divisive politicians, serving as the focal point of national unity that would transcend tribalism and religious issues.

His return could once again encourage Libyans to think of themselves as Libyans before seeing themselves as belonging to a specific tribal group. As an article in the North Africa Post put it, the UN should “give a constitutional monarchy a chance”.

The monarchy is just the glue that a shattered Libya needs.

Sometimes you have to look to the past to find the right way forward.

Shlomo Roiter Jesner is the president and co-founder of the Cambridge Middle East and North Africa Forum (www.cmenaf.org). He holds a BA in International Relations and Politics from the University of Cambridge and an MA in Economic and Global Risks from Johns Hopkins University (SAIS). Shlomo is also CEO of F&R Strategy Group, based in London (www.frstrategy.co.uk), a geopolitical consultancy at the intersection of politics and business.