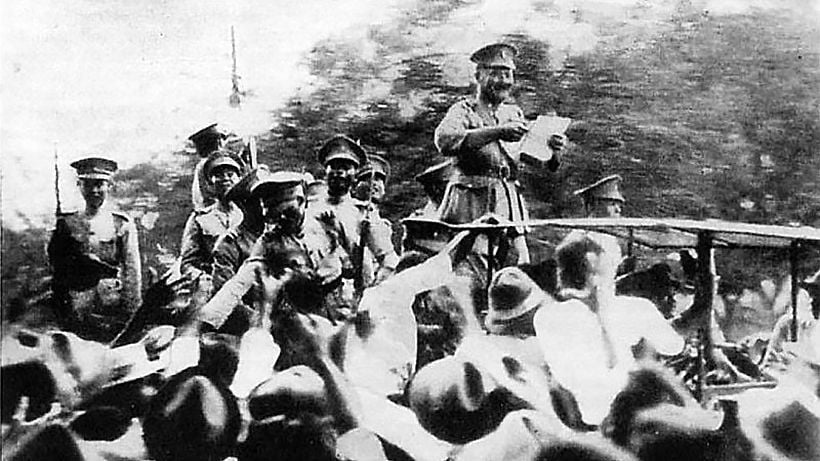 Today marks the 88th anniversary of Thailand’s transition from an absolute monarchy to a constitutional monarchy. Activists from several groups are organizing peaceful rallies across the country to mark the anniversary of the 1932 uprising in what was then Siam. 30-40 protesters gathered at the Democracy Monument in Bangkok and released a video re-enactment of the speech given by the People’s Party leaders after they overthrew the government of King Prajadhipok (Rama 8) and established Thailand’s first government under a constitutional monarchy. Activists at today’s protest called for amendments to the current constitution, drafted by the junta that predated the current coalition government.

“88 years ago today at dawn, the People’s Party seized power and changed the system of governance into a democracy. We want to use the anniversary of the revolt to highlight the problematic nature of the current constitution drafted by the military.

Activist Anon Nampa, who staged a pre-dawn protest at the Democracy Monument in Bangkok, said he believed younger generations were looking back to draw parallels with today.

“We want to commemorate the 1932 revolt.

Police said they were monitoring protests in at least 12 provinces. Large public gatherings remain prohibited during the Covid-19 crisis under the emergency decree, but the authorities did not block the protests.

In Isaan’s Khon Kaen province, around ten students from Khon Kaen University gathered to clean up the area around the provincial monument of democracy. They arrived at the monument around 6:30 a.m. with brooms and cleaning fluids, and held up fabric banners with messages to remind passers-by of the change that took place 88 years ago.

A number of soldiers, police and local officials, both in uniform and in civilian clothes, were visible in the area, keeping an eye out for them. A member of the group, who asked not to be named, told reporters that the activity is a symbolic gesture on the anniversary of the 1932 revolution to remind the new generation of the importance of democracy.

In recent weeks, some historic statues have disappeared in Thailand: famous rulers from 1932 who were once officially honored as national heroes and symbols of democracy. Reuters has identified at least 6 sites commemorating the People’s Party that led the revolution that were suppressed or renamed last year.

Get more from The Thaiger